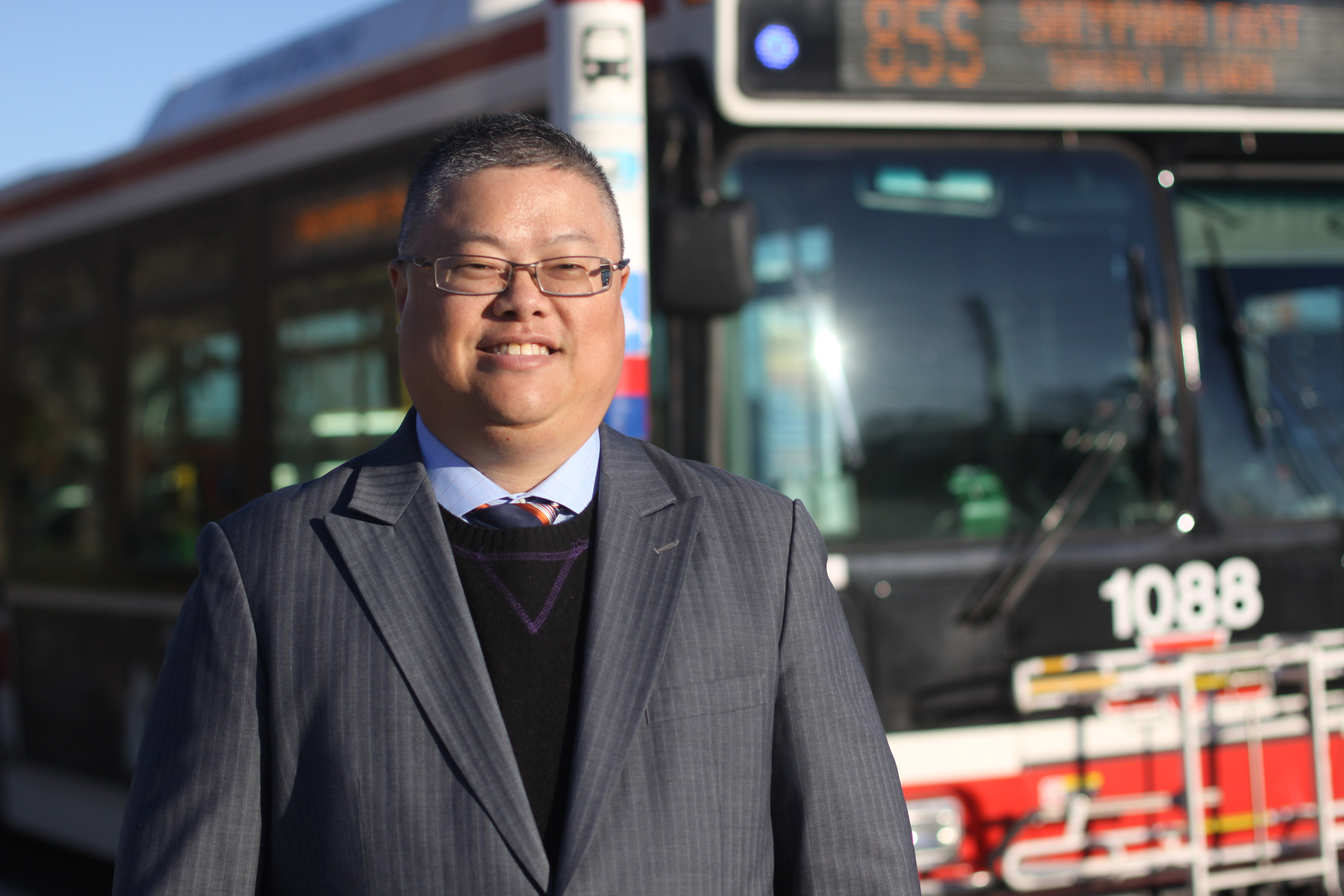 Transit activist and respiratory therapist Kingsley Kwok, who is running for city council in Scarborough-Rouge River Ward 42, is a member of Scarborough Transit Action and sits on the board of TTCriders. STA is a grassroots advocacy group that speaks up for Scarborough transit riders.

The group filed a complaint alongside two independent activists to TTC CEO Andy Byford last week but he has not responded within five business days; this allows the co-complainants to approach the Ombudsman. They also are demanding to know why the report on the proposed alignment for the SSE -- originally slated to be released in December -- has been delayed for a second time, possibly until March.

“When the mayor sold the one-stop subway on the basis of it creating a network with the Eglinton East LRT to U of T Scarborough campus, he called it ‘evidence-based decision making.' Where's the evidence for a one-stop, $3.56-billion subway extension? What we have instead is propaganda,” said Brenda Thompson, STA Chair. “It's very clear there was political interference with the misleading briefing note that was used to justify the vote last July. The time for real evidence is long overdue. That's why we are requesting an independent peer review by the American Public Transit Association comparing the two projects.”

“The SSE doesn’t do anything for residents of Ward 42, so it’s concerning to hear that viable alternatives for transit in our area were not properly considered,” said Ward 42 candidate and STA member Kingsley Kwok. “At a time when City Council is looking to cut already overcrowded bus services in our ward to the bone, it’s crucial that any decisions about the future of transit in Scarborough put facts and the needs of local residents ahead of politics and sloganeering.”

STA members are alarmed by the fact that Council was supposed to approve a route for the SSE last July but probably won’t until March. TTC CEO Andy Byford warned last October that delays will likely increase the subway cost; he's stated that every month of delay results in another $13-million cost increase.

““It looks increasingly like the mayor is trying to hide the facts about how expensive this ineffective solution will be,” said Kingsley Kwok, who will be announcing his transit plan for Ward 42 next week. “Will the cost end up higher than the current $3.56 billion? No one knows. When the city says they can’t find money for crucial affordable housing and childcare programs, Ward 42 residents and people across Toronto deserve the evidence that their money isn’t being wasted.”