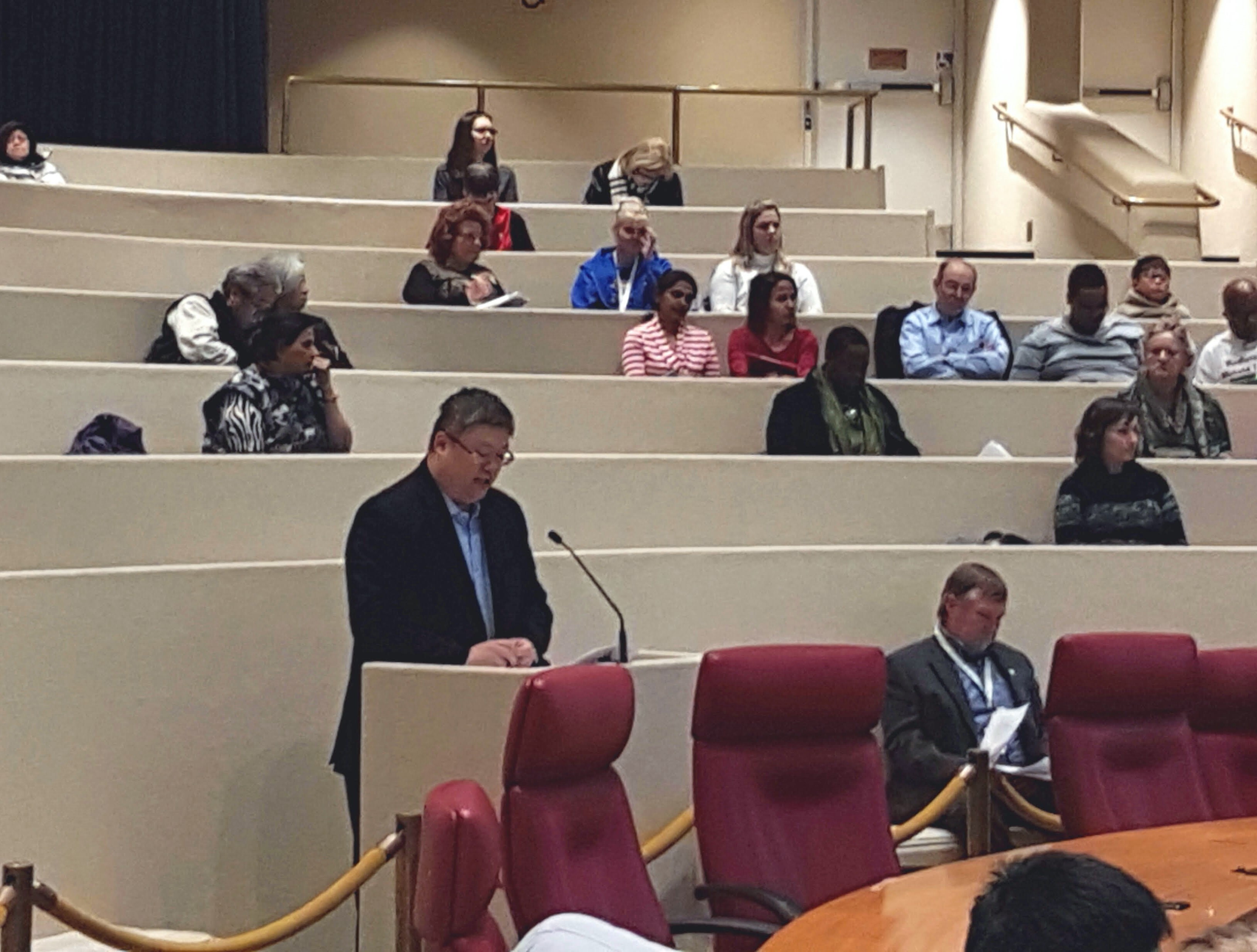 Kingsley Kwok, candidate for city council in the ward 42 byelection, spoke at the city budget committee in Scarborough on Thursday afternoon, highlighting the cuts to childcare and rising cost of transit in the 2016 city budget.

SCARBOROUGH - Speaking to city councillors and members of the public, Kwok raised concerns about the elimination of important grants and the reduction of city subsidized spaces in the latest budget.

“The elimination of the Childcare Occupancy Grant will make licensed childcare in Scarborough more expensive and less accessible. Without this grant, school-based care programs like those provided by Mother Theresa Secondary School and Brookside Public School will need to recover childcare costs from parents. We are talking about an increase of childcare fees for thousands of families across Toronto.”

Kingsley Kwok lives in Malvern with his wife and young son, where he works as a respiratory therapist. He was chairperson of his son’s school council and is also a community activist with Scarborough Transit Action, and criticized the rising fares and service reductions facing Scarborough commuters.

“Transit riders are paying for a 10 cent a ride fare increase in 2017 - our sixth fare hike in six years. We already pay our fair share, but have the most underfunded public transit in North America. But while fares rise, the TTC is reducing service on key bus routes across Scarborough despite some routes, like the 85 Sheppard East and 133 Neilson, already being over 100% the crowding standard.

What we want is better service, faster service, more frequent service, and we need TTC funding that is fair.”